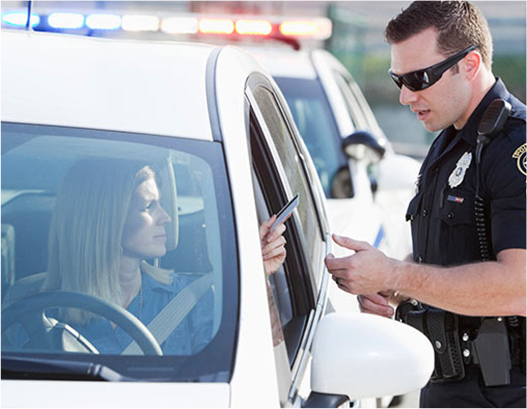 Moving violations are the most common type of tickets issued. These include but are not limited to speeding, running a red light, failing to signal reckless driving, and unsafe lane change. If a driver receives a moving violation ticket, it is important to understand the options. The driver does not have to simply pay the ticket and deal with the consequences.

GERSHMAN LAW FIRM can help reduce or dismiss the ticket.

What GERSHMAN LAW FIRM Can Do to Help

The main reason to fight traffic tickets is to reduce the penalties associated with the ticket and reduce the cost that needs to be paid. Depending on the driver’s situation, fighting the ticket gives them the ability to avoid points on their license, avoid a suspended license, and avoid increased insurance costs on top of saving money by not having to pay the ticket.

Fighting a ticket, however, is not something that is easy to do. Unless the driver has evidence that the moving violation ticket was received in error the driver will lose their case if they decide to fight it without an attorney. However, if you have an attorney there is a good chance the driver will be able to have the ticket reduced to a lesser ticket or dismissed completely.

If you have received a moving violation ticket while driving, you do not have to simply pay the ticket and accept the consequences. Depending on what the ticket is for and whether you have previous tickets, the consequences could be serious, and the ticket could end up costing you quite a bit of money. Instead, contact GERSHMAN LAW FIRM about your options. This may end up helping you save more money than you realized.

See below some additional information on Speeding Tickets

Why is Fighting a Ticket a Good Idea?

The true cost of a moving violation ticket is a lot higher than many people realize. On top of the fine imposed there is a surcharge as well as, a potential for a license to be suspended plus an increase in insurance costs. Our Attorneys are able to minimize the penalties and other consequences that come from paying the ticket outright.

The Total Cost of a Ticket

The Points System and Penalties

Points are amassed whenever a driver receives a ticket and pays it, whether that is from the start or after going to court. Every moving violation will have different point amounts, and they add up over an 18-month period. Moving violations like speeding can be as much as eleven points, while other violations like illegally passing a school bus, tailgating, unsafe lane change, or failure to yield the right of way may lead to as much as five points.

If the driver receives 11 or more points within an 18-month period, their driver’s license may be suspended. This means they will NOT be able to drive at all for a designated period of time, which can impact their finances and their personal life. Additionally, once the driver receives six or more points, the State requires a driver to pay a driver responsibility assessment fee.

Other Consequences for a Ticket

Request A Call Back Book a Zoom Appointment

DID YOU GET A TRAFFIC VIOLATION TICKET

We will handle every detail of your case

Request A Call Back